In my last week of “freedom” here, when I still didn’t have school or anything else to do I decided to take a daytrip to Segovia.
Segovia is most popular because of its 2000 years old aqueduct. But they also have a lot of other old monuments and buildings. So I decided to check it out. The day before I had booked a return ticket and the next day I was on my way to Chamartin station to catch the media distancia train from Renfe to Segovia. (€20)

Let me tell you first, how fancy, clean and nice the trains are in Spain for long to medium distances. It’s like you’re in an airplane. I really like it a lot, especially since the trains in The Netherlands are not always that clean and nice.

I had a little funny moment when I got off of the train. Because you expect to get out in the center of the town, or at least quite close. Although when I got out of the train station, it felt like we were in the middle of nowhere, with only 2 buses and a few taxi’s. I got into one of the buses and waited till it took us to the center of Segovia.

If you look closely, you can already see part of the aqueduct at the end of the street. So I kept on walking, to first grab a coffee somewhere before I started my sightseeing. 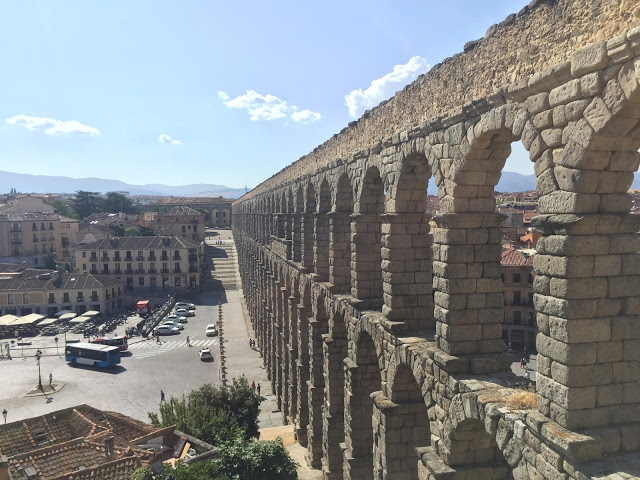 You can actually climb up on the aqueduct and you’re lucky you can look very far into the distance.
After I grabbed myself a map of the city at the tourism office where they are really nice in helping you and explaining the route. 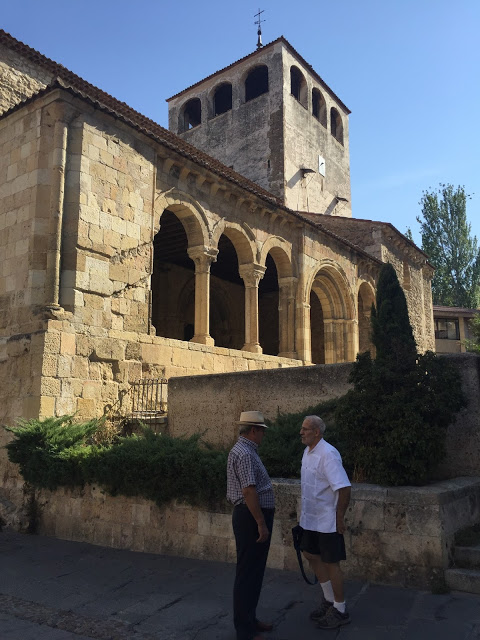 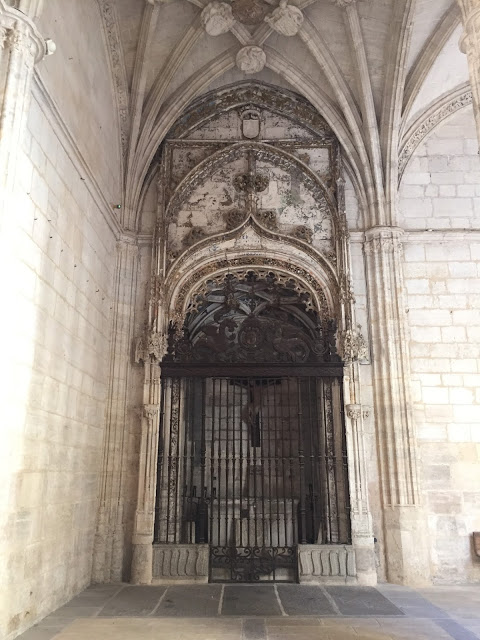 For the main Cathedral you have to pay entrance money and you have 2 options. The general ticket is €3,- and if you also want to go up the tower a ticket is €7,- I just bought a general ticket, as I didn’t feel like climbing a lot since it was really warm. The church is beautiful inside and it is really big, with some rooms that have special artifacts, unfortunately I couldn’t take pictures, but it is definitely worth it going inside.

I also wanted to enter this church, the San Martin. But I didn’t understand the sign on the door, and when I entered the church there was a mass going on. So I left as soon as I came in. After that I tried to go there, but the gates were closed. 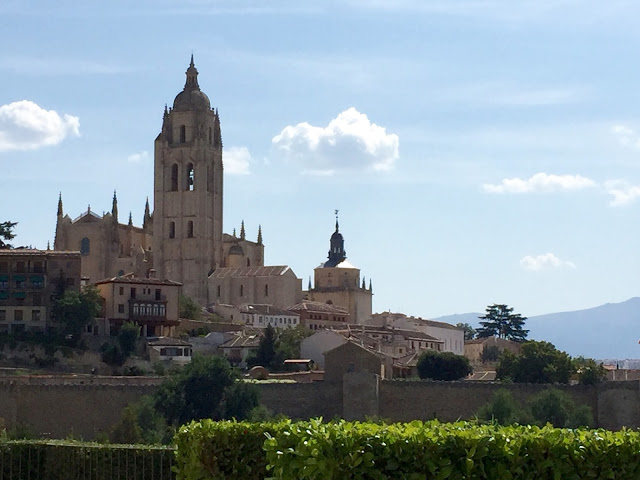 After I saw most of the things, I went to a restaurant and they had a beautiful view on the terrace of the city. I enjoyed a lunch there and after a while just strolled through the city back to the aqueduct again.
I don’t think I saw the entire city and all of the monuments, but definitely most of them. I really enjoyed it there and I would recommend it to anyone who is enjoying a holiday in Madrid and is interested in seeing some other cities as well.